With the year barely off to a new start, California governor Jerry Brown declared a state of emergency due to a methane gas leak in the Porter Ranch area of Los Angeles.

The leak itself began in October of last year, and so far has displaced over 2,000 families and counting. Exposure to the gas leak has caused many to feel the ill effects of methane gas, which can include headache, nausea, dizziness, or drowsiness. The long-term effects of being exposed to methane gas are unknown. Additionally, the gas may contain some volatile organic compounds (VOCs) such as benzene, which has been found to have serious effects on human health, according to the Centers For Disease Control (CDC).[1]

As reported by the LA Times, the stinky, rotten-egg smell is an additive, designed to act as a warning, since methane gas is odorless. “The sulfur-like compounds [the gas] contains, called mercaptans, are not toxic or damaging to the body and do not post long-term risks, [according to] public health officials and environmental experts.”[2]

“Odorants, as they are called, have been used in gas for so long that people are conditioned to associate their skunk-like smell — which draw comparisons to rotting cabbage, smelly gym socks or rotten eggs — with danger and unease, even at levels close to zero.”[3]

While methane remains in the atmosphere for a relatively short time compared to other gases, the California Air Resources Board notes that “when measured in terms of how they heat the atmosphere, [short-lived pollutant] impacts can be tens, hundreds, or even thousands of times greater than that of carbon dioxide”.[4]

Southern California Gas Co. is working to stop the leak, though company officials have estimated that it may not be plugged until the end of March.[5] They have tried to plug the leak on at least 8 occasions, though those attempts have failed.

Many commonly-used residential air purifiers are not equipped to effectively remove the odorous sulfur-containing components – like the ones in the Porter Ranch area gas leak – from the air.[6] However, AllergyBuyersClub.com offers several models that do effectively reduce indoor levels of methane and other chemicals.

The following models are all CARB certified and are eligible for reimbursement from SoCal Gas, whether purchased online or by phone.

The IQAir HealthPro Plus offers real protection against the most dangerous air contaminants. 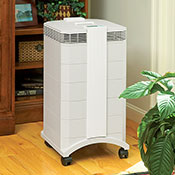 The Healthmate Plus series are designed for the chemically sensitive who require the most comprehensive air filtering capabilities. 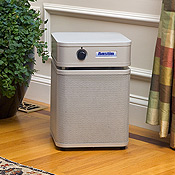 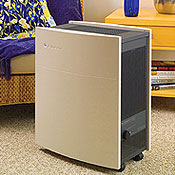 Airpura C600 air purifiers are for removing heavy concentrations of toxic gases and chemical vapors. It features a powerful motor and unimpeded airflow to quickly and cleans the air in a room up to 1575 sq. ft. 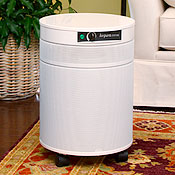 Contact the AllergyBuyersClub Air Purifier Product Specialists toll free at 1-866-627-4605 about any of these products or gas air purifiers in general.