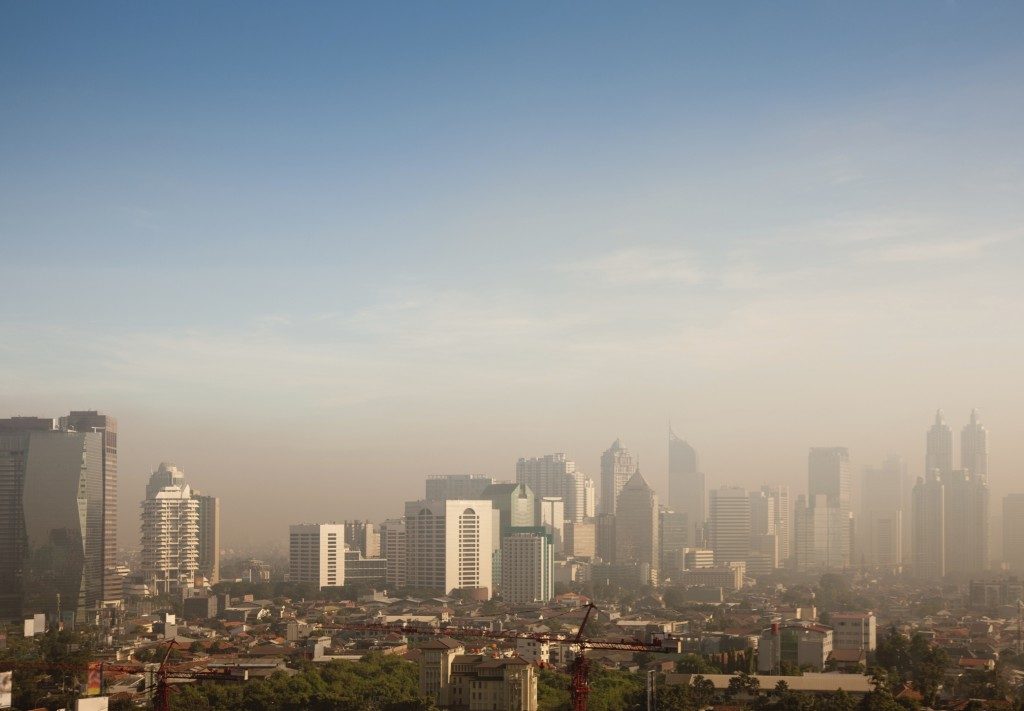 Pollution has long been connected to breathing difficulties, and considering the average adult breathes 3,000 gallons of air per day, the effect of air pollution can be a huge problem. City dwellers often flee urban centers in favor of the “fresh air” of the country side – and sometimes, with good reason. Those who suffer from respiratory complications can have an especially hard time with air quality in highly pollution areas — and, from 2010-2012, more than 4 out of 10 people in the US lived in counties that had unhealthy levels of ozone or particle pollution.

Who is the most vulnerable to air pollution?

It can be particularly harmful – not just to those with asthma and allergies, but also children. The American Academy of Pediatrics says that children and infants are among the most vulnerable to air pollution due to their higher levels of activity and higher per minute ventilation. But virtually everyone is affected by the presence of particulate matter in their environment.

What is particulate matter or particle air pollution?

Particulate matter (PM), or particle pollution is defined as “a complex mixture of extremely small particles and liquid droplets”. PM is made up of numerous components, including acids (such as nitrates and sulfates), organic chemicals, metals, and soil or dust particles. The Environmental Protection Agency (EPA) has been raising concerns over particulate matter’s health effects for years. According to the EPA, the size of these particles is what causes the alarm, since the size of the PM directly correlates to the potential to cause health problems.

What kinds of particulate air pollution should I be worried about?

The American Lung Association found in it’s 2017 State of the Air report that nearly 125 million people—almost 39 percent of the nation—live where pollution levels are too often dangerous to breathe.

The main issue is with 10 micron (or 10 micrometer) particles in diameter or smaller because it is possible to pass through the throat and nose and enter the lungs. Once inhaled, these particles can affect the heart and lungs and cause serious health effects. They group PM into two main categories: inhalable coarse particles and fine particles.

What places are most affected by poor air quality?

Mainly urban and high density population centers near roadways and industrial areas have the highest potential exposure to coarse particles and volatile organic compounds that can be breathed in. These particles usually are larger than 2.5 microns and smaller than 10 microns in diameter. Fine particles can be classified as what’s found in smoke and haze, and are easily inhaled deep into the lungs. Once there, they may accumulate, react, be cleared or absorbed. These kinds of PM measure 2.5 microns in diameter and smaller. The EPA states that they “can form when gases emitted from power plants, industries and automobiles react in the air.”

How does particulate air pollution have an effect your health?

Particulate Matter is a unfortunately a problem in most industrialized cities worldwide. The World Health Organization (WHO) states that “…fine particulate matter is associated with…acute and chronic illness, such as lung cancer, chronic obstructive pulmonary disease (COPD) and cardiovascular diseases.” WHO in their report goes on to point out particulate matter is an environmental health problem affecting a lot of people worldwide.

What are some ways to limit your exposure to particulate matter?

The Health Department of New York has suggestions for anyone interested in lessening their exposure to PM. “When outdoor levels of PM2.5 are elevated, going indoors may reduce your exposure, although some outdoor particles will come indoors. If there are significant indoor sources of PM2.5, levels inside may not be lower than outside. Some ways to reduce exposure are to limit indoor and outdoor activities that produce fine particles (for example, burning candles indoors or open burning outdoors) and avoid strenuous activity in areas where fine particle levels are high.”

While staying indoors can reduce particulate matter exposure, the EPA has also found that indoor air is often more polluted than outdoor air. Using a top quality air purifier like QuietPure and IQAir will help remove harmful allergens inside your home especially for asthma and allergies. This double approach to reducing PM in the air you breathe is be a smart idea, especially if you or those in your family suffer from breathing difficulties.